Happy Birthday to The Original iPod + Story Behind It 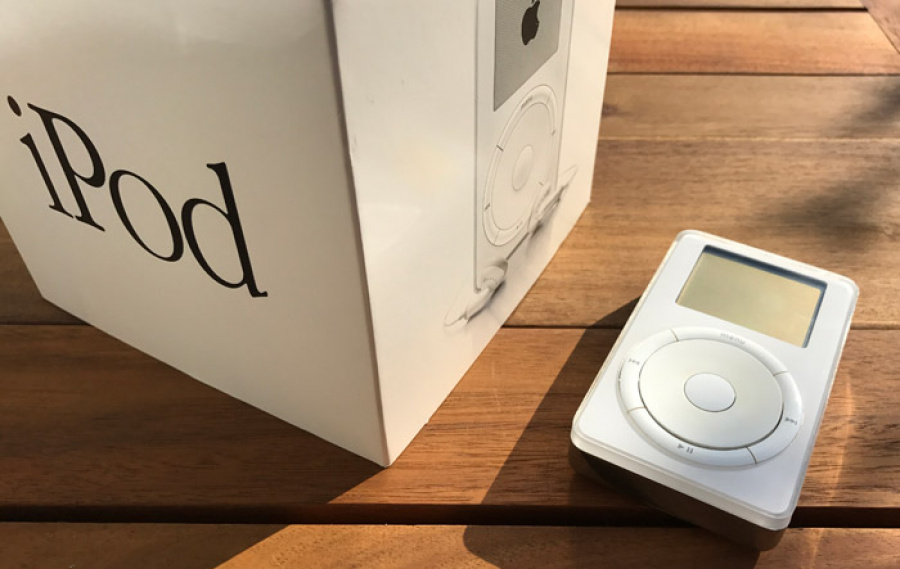 It may look quite ancient now, but back in a day it was every kid’s dream, a little jukebox you could hold in your hands! Classy, smart and powerful.

Nevertheless, behind this classic success story and behind such a little thingy as iPod is (it was pretty delicate for its time), there were dozens of developers, tons of obstacles and much skepticism.

It’s no secret, that iPod was accepted rather cold at first. Its price was relatively high $399 and it only could be synced with Mac…while every other computer was running on Windows.

With the slogan ‘1000 Songs in your pocket’ iPod was unveiled to public. To compare, the early MP3 players could hardly hold 10 songs. Those devices were large, bulky and had very low storage capacity.

In fact, storage size was the biggest challenge. Think of it – the very first MP3 Player MPMan F10, featured only 32MB, and that’s no more than just a couple of tracks!

The idea of a small device with decent storage and long battery life belongs to Tony Fadell, music collector and enthusiast. He’s the one who run the whole project. Tony Fadell approached Fillips with this concept first, but the company didn’t give it a go.

The original iPod featured 5GB of storage, ARM processors and big resolution display. The most important feature however, was the FireWire connectivity – no MP3 player before iPod could be integrated with a computer.

Apple took a serious pains to make the device visually stand out. It was Johny Ive who worked on its first design. iPod was supposed to be a simple white box a size of a pack of cards. white colour was already different, since all the other gadgets were mostly black. All the navigation done through the click-wheel, that at first could physically move.

The prototype of an iPod – The Braun T3 Pocket Radio

The code name for iPod was ‘P-68’, later on, one of the copywriters Vinnie Chieco came up with ‘iPod’, as something that could give an idea of a digital hub. It was decided to add ‘i’ in the beginning just like in ‘iMac’ before.

Even though iPod arose the the wave of scepticism, with the release of iTunes Music store, and with Windows compatibility in later versions, it became one of the most successful Apple products of all time!

P.S. Despite the fact, that the device was released 15 years ago, you still can easily load it with music. One of the brand new WALTR 2 features is the support of the whole iPod lineup 🙂