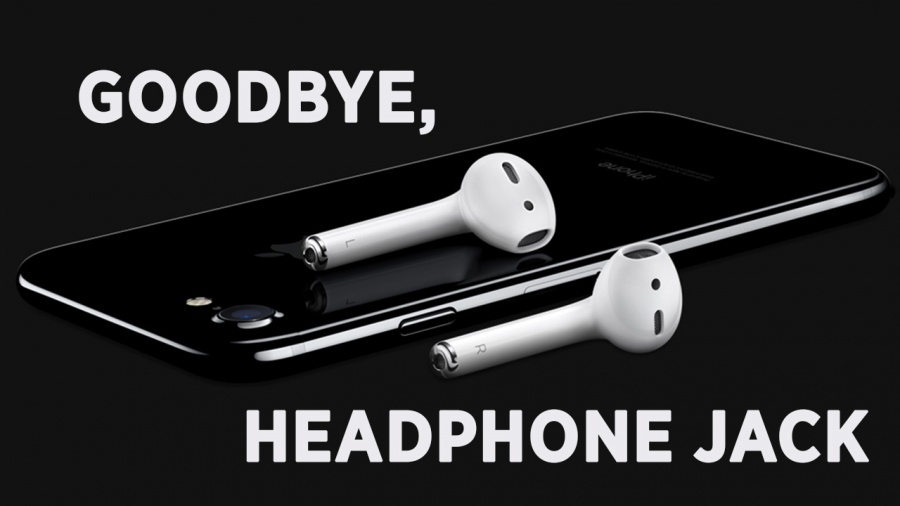 The good old headphone jack that has been with us for more than a century becomes a legacy port. Apple takes the lead by being the 1st giant company to kill it.

The Apple Way of Moving Forward

Apple is well known for having the courage of dropping support for things, which they consider outdated. They killed floppy disks when the first iMac was introduced back in 1998 and never believed in styluses for touch phones. Later on, Apple got rid of optical disk drives when created a MacBook Air and now are saying goodbye to the seemingly immortal headphone jack.

There are a few strong arguments that support this spontaneous decision:

The question is: why keeping 2 ports that can accomplish the same outcome? It can play music just in the same way headphone jack does. Moreover, it can charge & transfer content into an iPhone. The headphone jack becomes simply unnecessary. Certainly, Apple took this path, so other headphone manufacturers make Lightning-compatible headphones in the future and pay Apple a cut.

Cause 2. iPhone’s Inner Space Is Precious

Every year Apple works hard to present an even thinner, lighter, more powerful & longer battery lasting iPhone. All of those greatly affect the inside space of an iPhone. But why is the 3.5 mm jack such a big deal? — Because it occupies around 10% of the bezel space in the entire iPhone, which could be better used for a larger battery, Taptic Engine, etc! By the way, we have a quick guide on how you can easily get extra storage on your iPhone without removing any content! Make sure to check it out!

Ports are extremely difficult to waterproof. Basically, they are direct holes into a device. iPhones 6S/6S+ had two of them: the headphone jack as well as the Lightning port. Two of those are literally a century apart. Now the only port left is Apple’s Lightning in iPhones 7/7+. Considering the fact that water used to be the second most dangerous hazard for iPhones after falling, Apple has been thinking about waterproofing their Lightning port from the very beginning.

Nowadays, Bluetooth headphones are flooding the market. There is a ton of them. Moreover, people, who already hate cables because they lose them & they tend to knot, are fueling up this trend. TV remotes no longer use cables to switch channels, why headphones should?

What’s next for music lovers?

Technology goes from bulky to tiny and from tiny to intangible. The headphone jack is just one of those rare cases when it stayed around for far too long and only switched from bulky (6.4 mm) to tiny (3.5 mm), and it is about time for it to become intangible.

Experts predict that it will become extinct in 10-15 years from now, but Apple’s approach will significantly speed up this cycle and reduce it to 5-7 years. The headphone jack deserves to have its own place in the hall of fame.

The AUX cable has been with car music lovers almost forever. It is the “bridge” between an iPhone and any car’s speakers. Although Apple dropped the 3.5mm mini jack port in their most recent iPhone, they still include an adapter in the box, so the shift won’t be so harsh.

But one thing is certain: we are moving forward to a cable-free future & all the manufacturers will have to adjust. Fortunately enough, we can already see that almost all the new cars now support Bluetooth and music streaming.

P.S.: The whole industry will have to catch up now. This transition won’t be easy but it definitely makes sense in the long run.

What’s your opinion on this? Will you miss the so loved headphone jack? — Let me know in the comments down below!

Previous article iTunes vs WALTR. Who does it Faster?
Next article ‘Hey Siri, Launch WALTR!’